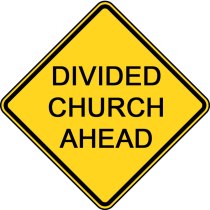 If we’re honest, many of us fall into the trap of believing that Christianity draws in a certain type of person. Whether it is a certain Myers-Briggs personality type, a subtle caricature, a certain race, hierarchy of class, economic status, or geographic locality. This foggy perception of Christians suddenly transforms our Biblically “open” faith into a religion that seems very “exclusive”. An exclusiveness that is seen from both outside and inside the church. How is it possible that we have neglected to open our eyes into a stable awareness that God reaches ALL domains of society? Additionally, all throughout scripture there are commands and imagerys of unity within the body. “One body with many members” – 1 Corinthians 12:12. Ephesians 4, Psalm 133:1.

There is something about a body of people standing “together” firm in the faith, as Philippians 1:27, 28 describes. When people that have the same interests and motives surround us, we feel this sense of warmth and confidence that nothing can stop us. That is why there is such a thing as home-field advantage in sports…the fans and team feel emboldened around each other. Imagine the players on your favorite football team arriving to their game wearing different colored jerseys. There’s no unity in that and it will not intimidate the other team. We need one another.

I would love for those Haitian believers to teach me a thing or two about boldness and evangelism. When I’m having doubts about my faith, I need to hear from natural born skeptics how they wrestle Satan with apologetics and the power of God’s word. We need one another because God has sanctified us all in such particular ways that are intended to build the body. Not only for our local church, but also the universal (or global) church body at large. What Satan wants…what Satan loves is for us to not have any awareness of each other. For example, he doesn’t want us aware of the boldness of our Haitian brothers and sisters because, in turn, that would embolden us. Satan wouldn’t want that, now would he…

A close Clemson friend of mine recently told me of this God-given vision he received while sleeping one night: As he was dreaming, he suddenly saw this vision of an uncountable large gathering of people that were far beyond thousands of thousands. They were of all the different nationalities and from different walks of life. All of a sudden, their skins peeled and they were no longer recognizable by any form of identity. They weirdly became transformed into everyday construction tools from our local Home Depot (ex. hammers, measuring tapes, bevel squares, screwdrivers etc). They depicted how God was using each one of those immense number of believers for in collectively building his kingdom. Suddenly, all the tools went to work, building God’s kingdom in front of my friend!! He further described that it did not take long for all the clattering and noises to become overwhelmingly loud. All the action started causing his heart rate to abruptly increase and he literally started shaking and woke up from his dream.

Imagine the clatter we can make together as one team for our God and Savior. Imagine the encouragement and the inescapable reflection of God’s glory that would take place. Imagine us setting personal preference as secondary to the Gospel. #OneBody #OneSpirit #OneChurch #ILoveHashtags