1.  A minister is driving down the road and is stopped for speeding. The state trooper smells alcohol on his breath,

sees an empty wine bottle on the floor, and asks, “Sir, have you been drinking?”

The trooper asks, “Then why do I smell wine?”

The minister looks down at the bottle and exclaims, “Good Lord, He’s done it again!”

2.  One day, GOD talked to Bill Gates.
“Considering your contribution to the world and also your disbelief in me, I am going to do something that I never did before. I am going to allow you to choose between Heaven or Hell”.

amazed, Bill Gates try to remain objective. He wanted to see both Heaven and Hell before made the decision.

then GOD shows him the Heaven. it’s so beautiful, so graceful, fill of peace and praises to GOD.

GOD shows him the Hell, full of sexy ladies, partying all time, having fun and no rules at all.

Finally, Bill Gates decided that he wanted to be in Hell. GOD have asked him to confirm because once decision made, can’t cancel it.

So when Bill Gates died, GOD put him in Hell.
After several days, GOD wonders how Bill Gates enjoy his life in Hell.

After looking for sometime, GOD founds Bill Gates crying and sulking in a corner. He cried “GOD, where are all the fun? the girls? the parties?”.

GOD responded “Dear Bill, didn’t we told you? It was all just a screen saver.”

3.  On the sixth day, God created the platypus. And God said: “Let’s see the evolutionists try and figure this one out.”

Another man arrives at the gates of heaven. “Denomination?”

A third man arrives at the gates. “Denomination?”

The man says, “I can understand there being different rooms for different denominations, but why must I be quiet when I pass room 8?”

St. Peter tells him, “Well the Baptists are in room 8, and they think they’re the only ones here.

5.  One day, Joe, Bob and Dave were hiking in a wilderness area when they came upon a large, raging, violent river. They needed to get to the other side, but had no idea of how to do so.

Joe prayed to God, saying, “Please God, give me the strength to cross this river.”

Poof! God gave him big arms and strong legs, and he was able to swim across the river in about two hours, although he almost drowned a couple of times.

Seeing this, Dave prayed to God, saying, “Please God, give me the strength and the tools to cross this river.”

Poof! God gave him a rowboat and he was able to row across the river in about an hour, after almost capsizing the boat a couple of times.

Bob had seen how this worked out for the other two, so he also prayed to God saying, “Please God, give me the strength and the tools, and the intelligence, to cross this river.”

Poof! God turned him into a woman. She looked at the map, hiked upstream a couple of hundred yards, then walked across the bridge.

6.  There was an American basketball player that had a tournament in Dublin. After one of his games he stepped outside for a breath of fresh air when he felt a gun in his back. “What’s your religion?” he heard the man growl.

Thinking quickly he said “I’m Jewish.” and the man replied, “Oh Allah I must be the luckiest Arab in all of Ireland.”

7.  Recently a teacher, a garbage collector, and a lawyer wound up together at the Pearly Gates. St. Peter informed them that in order to get into Heaven, they would each have to answer one question.

St. Peter addressed the teacher and asked, “What was the name of the ship that crashed into the iceberg? They just made a movie about it.” The teacher answered quickly, “That would be the Titanic.” St. Peter let him through the gate.

St. Peter turned to the garbage man and, figuring Heaven didn’t REALLY need all the odors that this guy would bring with him, decided to make the question a little harder: “How many people died on the ship?” Fortunately for him, the trash man had just seen the movie and answered, “about 1,500.” “That’s right! You may enter.”

St. Peter then turned to the lawyer. “Name them.” 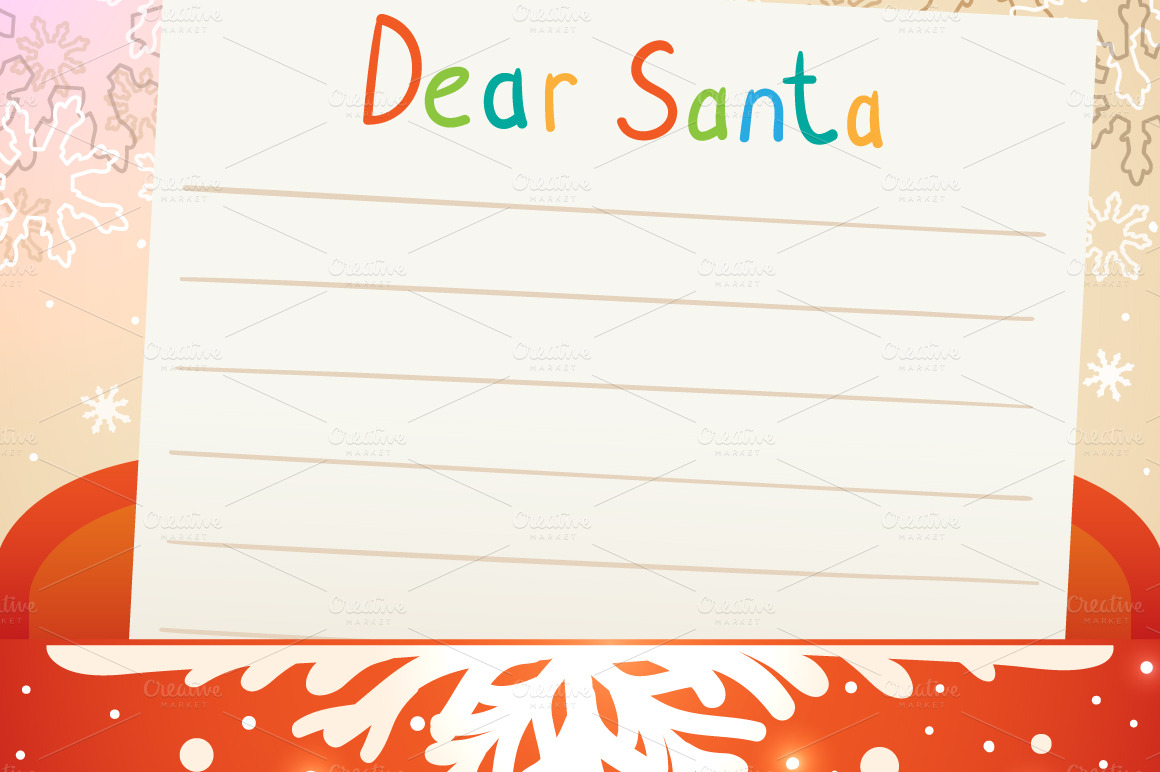 I remember that it hurt, looking at her hurt. I remember the gut-wrenching feeling of it all. I remember the silly fig leaves that Eve and I used as coverings as we hid from our Creator. At that very moment of shame and horror from committing the first sin in history, we felt Death. Only hours beforehand were we “being fruitful” and looking forward to “multiplying”. Up to this point everything we did joyfully flowed into further worship of our Creator. Things were perfect. When The Fall occurred, my initial thought was of how horribly passive I had been in protecting Eve from the deceptive serpent. I failed to lead my wife in the appropriate manner that I was designed for.

However, when God confronted us, I then realized the ultimate outcome of my actions … against God and God alone, had I sinned. For He gave only one simple rule, but in return I did evil in his sight. In a short moment, all the perfection of the world tore and

everything became changed. Relationships and life became hollow and broken. Everything that people now see as normal on earth was once much much much sweeter in every way imaginable. And my sweet Eve…I remember that it hurt, looking at her hurt. I still remember it all as if it were yesterday. Since passing away, Eve and I have been shown infinitely undeserving mercy. We have been in the heavenly presence of the Triune God and dined the angels and countless descendants after us. The feeling here so indescribable that I cannot put it into words. All I can do is enjoy this merriment and worship him all the more. Even as I can remember my downfalls on earth, I can rejoice as I now have a warm perspective drawn from living in the presence of Christ.

I am currently writing this letter in heaven because today is a glorious day! The angels are flipping around with an excitement that has been anticipated for since the beginning of creation. They are celebrating a predestined plan put into motion before I was even created. Just a few months ago, Jesus left heaven to go into the world. And today He is born in the flesh to the virgin Mary! One of the angels just left to visit the family. Jesus, part of the triune Godhead, has left this w

onderland in order to fix all that has been wrong with the world. To redeem to all creation that the big picture is the glory of God. Oh how he loves us so. I am in awe. Oh Oh Oh the depths of the riches and knowledge and wisdom of God! (Romans 11:33).

Through me sin entered the world, and death came through sin. From this occurrence death came to all people, because all have sinned. I have witnessed famine, murder, natural disasters, slavery, pride, hatred, wars, and many more calamities. Many generations after God’s promise to Eve and I (Genesis 3:15b), from heaven I saw God’s unfathomable promises given to Abraham, Moses, and the apocalyptic prophets. I have seen the miracles God laid out for his people and I gasped as they continually turned their backs on Him. I witnessed the Bible being written and ending with Malachi – followed by approximately 400 years of scriptural silence from the Lord… that is, until this very day of Jesus’ birth. The promise of the great and powerful kingdom and of a Savior given to the people seemed bleak from an earthly perspective. In heaven, however, it is impossible to fear that God would fall short of His promises. In His glory-filled presence we know that he wins. And now we see more of the epic picture He has been painting on the canvas of the earth.

I am looking at Jesus humbling himself to be born in Bethlehem. He could have been born in a palace with thousands of angels guarding him. But he chose a different route. He is 100% man and 100% God. For to us a child is born, to us a son is given, and he will be called Wonderful Counselor, Mighty God, Everlasting Father, Prince of Peace (Isaiah 53:6). I do not know how yet, but the Holy Spirit testifies to us that He will be despised and rejected by men, being acquainted with suffering. He will bear our grieves. Past, present, and future. I should pay harshly for my mistakes, but Jesus is taking my place.

As I continue to watch this epic story that God has had rolling since the beginning of time, there is no doubt that I will continue to be in awe. Let the earthly rivers and trees clap their hands. Let the grassy fields exult and the mountains sing with joy. The people of the present age and the people in the future are so utterly blessed. They have the Kingdom of God in the midst of them now. The beginning of the restoration of what was broken, initially by me, is there in the flesh. They get something that Moses, Isaiah, Abraham, and millions of other people just hoped for. They longed for this promise. But the people on earth get to know it and walk with it and see Him. It is not hope alone for them, but it is a concrete reality.

I ask that they celebrate this day for many centuries to come. Just as the angels and the rest of us in heaven are celebrating. May they never forget what this day truly means. May they run with perseverance the race set before them… throwing away the sin and weight that clings to them. I cannot wait until the time comes when we will give them a rich welcome into this eternal kingdom. I was once Your enemy, now I am seated at the table. Jesus, thank you!!!!!!!!!!!!