At some point during mid-college, my compass switched from having predominantly guy friends toward a large influx of females friends. For some time now, many conversations with those girls have turned into their wonder of “why Christian men rarely ask them out on dates”.  I have had numerous heart-to-heart conversations with awesome, intelligent, Jesus-loving, beautifully single young ladies that pour out their frustrated hearts at why this is so.

Of course, from the male perspective, there are blinders that hinder me from fully empathizing. But in those moments…as I listen to them…I can’t help but see it in their eyes. The fearful angst in the crackling of their voice. Their stare of credulity as they wait to hear your response of hope. They’ve been taught to rest in Christ and have faith in his sovereign plan. Taught to be content with their singleness until the right man comes along. Ooookay…true, but tell that to the girl that has only been on 1 date in the past 3 years. Or to the girl that is 30 years old and still waiting. If we honestly pay attention we would begin to see a steep decline in the rate at which men are dating. After months of pondering and diving deep into this massive topic, I have five reasons why this “asking out” rate has decreased. These will be generalizations, of course, but what I have on my side is the Bible and a little bit of psychological binoculars.

1)  The Social Media Effect: Welcome to the glamorous world of Facebook, Twitter, and Instagram! These three entities have transformed the way that we men view the pressures of finding a girlfriend/wife. Historically a man had, roughly, less than 10 female friends on his radar. From that amount, his choices were limited and there was a certain “weight” or “pressure” he’d feel to find a mate. Today, I have almost 3000 Facebook friends. From those Facebook friends I can see photos and their friends of friends. This naturally gives way to thoughts that develop in my mind that I have an opportunity to date these girls. What was once knowing less than 10 girls has now exponentially increased to thousands for me AND my male counterparts. This gives us a false sense of satisfaction that takes away any weight on our shoulders that we need to pursue a woman right now. Who needs to pursue immediately…we’re content in our gigantically-fictional plethora of options.

2)  A Feminized Jesus & the Nice Guy Complex: I am not sure when exactly this happened, but somewhere along the lines in our recent church history we began to view Jesus is a very feminine manner. He became no longer a God who was authoritative, had supreme leadership over all, filled with passion for His Father’s glory and likeness, and bold in his worldviews and lifestyle. For at least the past 40 years we have shifted focus solely on his love attributes. He is a God with a perm in his hair who spreads pixie dust of love all throughout the Gospels. He never yells, he never rebukes, never upsets others. He is all about love love love! Here’s why this teaching is so catastrophically damaging in this context: Colossians 1:15 says that ‘Jesus is the image of the Invisible God’.  Men are image bearers of God since we were all made in God’s image (Genesis 1:27). Since the Fall, we have lost that perfect view of God’s image. Now we have Jesus to look to in order to get back to what we were created for. However, with us males looking at a feminized Christ, we begin to reflect these new feminine traits that have been attributed to him. If we are a projector….we project onto a blank screen whatever is shown through us. While seeing a feminized Jesus we’ve, in turn, automatically projected more passivity, less in our boldness, and are more inclined to play a super nice guy role. This nice guy generally doesn’t what to risk boldness but instead wants to play it safe. Most importantly, as we’ve obtained this feminine worldview, we’ve lost some of our male skill/desire/trait to pursue the woman. God’s intended design for the male is being skewed. Very scary stuff. Very scary stuff.

3)  Watered Down GOSPEL Teaching: Similar to before, many churches over the years have become afraid to talk about the “hard” things of the Bible. The things that may scare people or rub them wrongly. Many churches and pastors became more focused on growing their church attendance and pleasing people rather than following thousands of years of church history and preaching for God with God’s word. They rarely teach on sin anymore. The cross and Jesus’ bloody death are rarely deeply studied and reflected on. If the Bible were a movie, many churches have pushed to cross and sin back to the ending credits. And no one pays attention the ending credits.  Ignoring these biblical concepts retard our CONCRETE UNDERSTANDING of Jesus’ pursuit of the church (His people). The Gospel should not only be the focus of the movie but should also be a real-life every day experience. Instead, this has weakened the male’s view in how and what it means to pursue a wife.

4)  Girls, some blame is on you as well: We sometimes feel that when we ask you out, you take expectations too far too quickly. A coffee date becomes an expectation of marriage from your eyes. We understand that we are dating-to-marry, but that pressure makes us uncomfortable at times. It becomes that if things fail to work out then you and your friends blame us for leading you on. We become the evil coffee bandits.

5)  Satan Never Sleeps: Hey, the dude is smart and wise. Satan has culture tugging on our neck collars. Diminishing our number of men in the church. He has society whispering in our ears. The definition of love has changed from a Biblical definition to the cultural “what makes me feel good at the moment”.

So what now; I mean, this is heavy stuff. I have to be honest with you and say these things because I’m more afraid not to point these things out. The reason why I have this insight is because…ding ding ding…I’m in some of these categories. And have close friends in all 5. So what do we do now? The funny thing about being young is that it’s easy to point out a problem. The funnier thing is that in our youth we rarely have the answers. Still, one common sense answer is obvious –  we need to get back to the discussing the nature and character of the triune God of the universe. This is what sustains us as a people. In the context of this blog, that is what will guide us men into the way he designed our relationships to flow. There is a reason why the Apostle Paul pleads with us to stay away from weak teaching and to seek good doctrine (1 & 2 Timothy). We can do that or we can continue to aim for high church numbers with cheap 5-minute salvations, weak teaching, and a feminized Jesus. But that’s a silly trade if we are losing our Godly men. What are we going to do men? Women? Pastors? 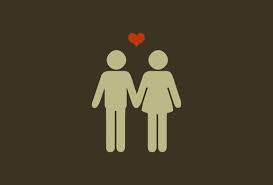 What Has Been Written Before